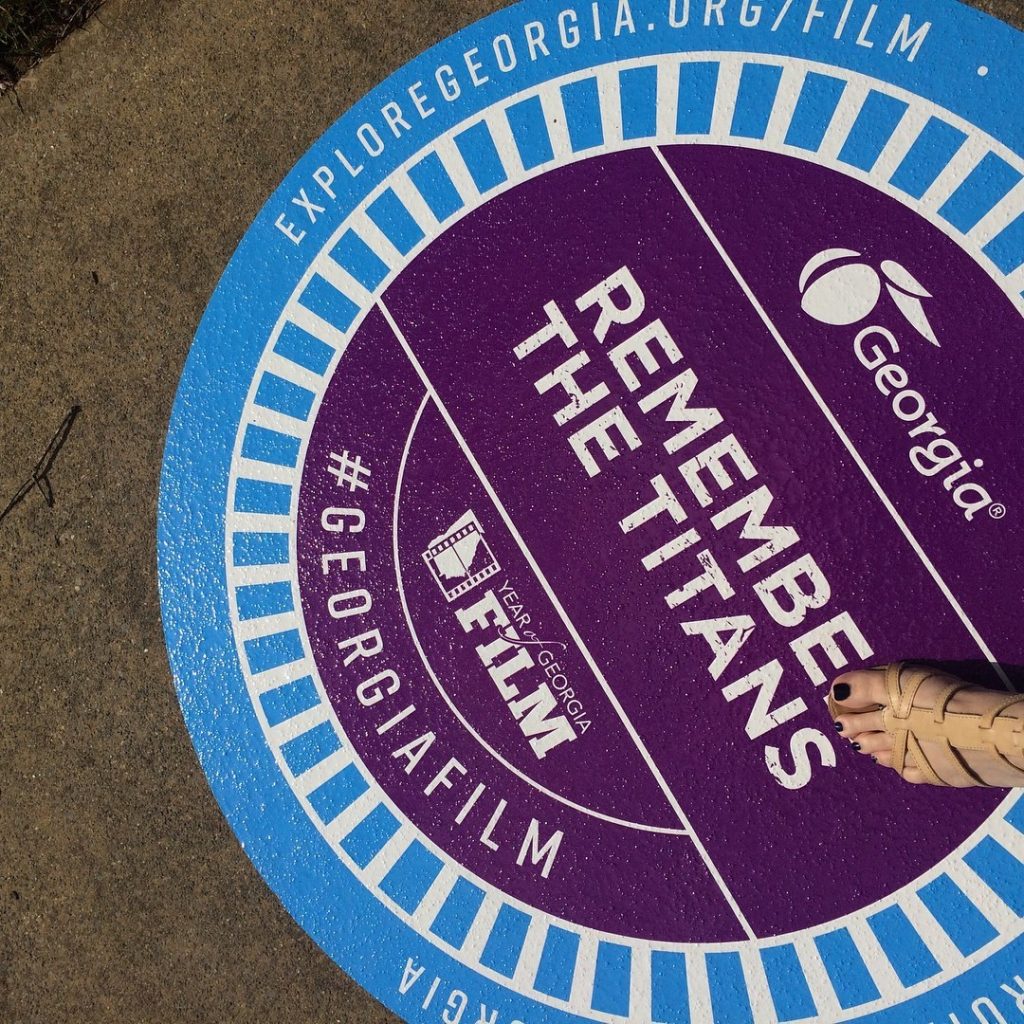 You might have perfected the selfie pose, but what about the background? It’s all about the ambiance and the Atlanta Metro sets the scene with film-worthy backdrops. Grab your selfie stick and check out these top Atlanta Metro spots for capturing a movie-worthy moment.

Ready, set, action!
Strike a pose and capture a snapshot on the Georgia Film Selfie Spot Tour, a self-guided tour developed by Georgia Tourism, a division of the Georgia Department of Economic Development (GDEcD) and aimed at highlighting Georgia’s rapidly growing film tourism sites across the state.

Social media fans are encouraged to share their insta-worthy selfies on the Georgia Film Selfie Spot Tour using #GeorgiaFilm. The tour includes 33 sites across the state and each will have a decal indicating the best spot for film fans to take a selfie. Some of the sites around the state include:

“The Duff,” Marietta Dave & Busters, Marietta
Well, I do love Dave & Buster’s.” And who doesn’t? Visit the Dave & Buster’s in Marietta, featured in “The DUFF,” and have some fun—whether on a date or with your true friends.

“A Madea Christmas,” Downtown McDonough
Celebrate Christmas (any time of the year) with one of Tyler Perry’s most popular characters in downtown McDonough. The square served as the filming location for the eighth film in the “Madea” franchise.

Atlanta Movie Tours
From “The Walking Dead” to “Captain America: Civil War” and even “Hidden Figures,” Atlanta Movie Tours (327 Nelson Street SW, Atlanta 30313) takes guests to all of the best filming locations across the city, even featuring the Avenger’s headquarters, one of the GDEcD’s “Selfie Spots.”

Coweta County
Head to Nic & Norman’s Restaurant (20 Main Street, Senoia 30276), open 11 a.m.-11 p.m., Monday-Thursday and 11 a.m. to 9 p.m. on Sunday. The laid-back ambiance at the restaurant, owned by Norman Reedus, one of the stars, and Greg Nicotero a director of “The Walking Dead,” is the ideal backdrop for savoring eats from a classic pub menu. Chat with locals at the long wood bar while sipping draft beer and cocktails.

Pick up a souvenir at The Woodbury Shoppe (48 Main Street, Senoia 30276), open 11 a.m.-5 p.m., Monday-Saturday and 1 to 5 p.m., Sunday. It’s the official “Walking Dead” store, featuring thousands of AMC licensed products including the most complete assortment of TWD t-shirts and all things “The Walking Dead.” Don’t miss the museum downstairs, showcasing actual props from the show.

Henry County
Walkin’ DEAD Hampton, a 14-stop walking tour, takes visitors to every major scene shot in Hampton during season six of the popular AMC television show. This hour-long storytelling stroll through historic downtown Hampton is led by a knowledgeable guide who will share photos and stories from behind-the-scenes. Stand at the famous dumpster scene and lay in the remaining chalk outline (on the GDEcD Selfie Spot Tour)! Hear the stories of how Hampton was transformed into an apocalyptic set and the local encounters with Walkers. The tour starts at the Speakeasy Bookstore (26 East Main Street N, Hampton, 30228) on Saturdays at 1 p.m. Call (678) 641-7794 to reserve your space.

Douglas County & Douglasville
It’s ready, set, action on the self-guided Douglas County Film Trail! Over 700 movie and television productions have been filmed in Douglas County and Douglasville. Visit filming sites used in favorite television and movie productions, like “The Hunger Games,” “Stranger Things,” “The Walking Dead,” “The Founder” and so many more. Explore where Katniss and Gale walked in Sweetwater Creek State Park for the filming of “The Hunger Games” or where Jim Hopper investigated the paranormal of “Stranger Things” in Downtown Douglasville made to look like Hawkins, Indiana. Notable locations throughout Douglasville and Douglas County have been marked with “DC Film Trail” signs to designate them as official film locations. Navigate to the movie reel, on www.DouglasCountyFilmTrail.com, to explore all of the possible stops along the trail.

Take a selfie, next to one of the Film Trail signs and use the hashtag #DCFilmTrail for a chance to be featured on the DC Film Trail’s social media pages. Peachtree City
Make like a movie star and embark on The Southern Hollywood Film Tour, a three-hour tour featuring movie and television sights in and around Peachtree City. Pose at selfie spots on the tour highlighting notable television and film locales from “The Walking Dead,” “Sweet Home Alabama” and “Fried Green Tomatoes.”

Another famous area attraction includes the Peachtree City Hotel and Conference Center (2443 Hwy 54, Peachtree City 30269), where Michael Douglas made his home for several months in 2015 during the filming of “Ant Man.”

Several of the aircraft on display have been featured in movies like “Tora! Tora! Tora!” and “War And Remembrance.” Admission is free.